The Evolution of Machine Technology 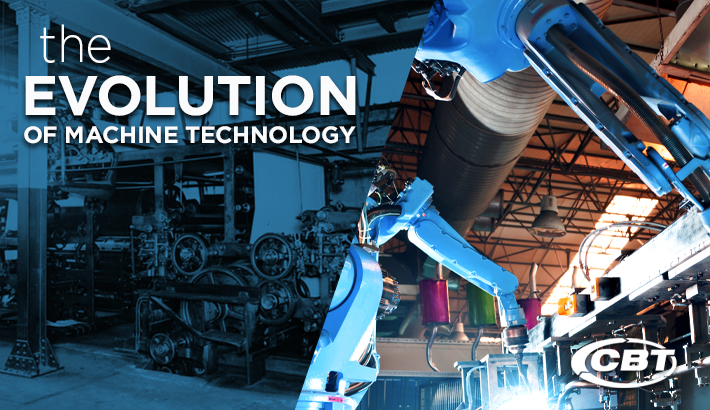 I started in the Power Transmission (PT) business in 1975 and joined CBT in 1981. The wheel had been invented, and we no longer made documents with stone and chisel, but we sure have come a long way in the past 46 years. The electrical side of machinery was mostly mechanical. We filled control panels with click and clack devices such as contactors with coils, plungers, springs, and metal contacts along with pneumatic timers and tons of pushbuttons and potentiometers. The electric motor was the heart of every machine.

The Evolution of Variable Speed

Controlling various features of simple and complex machines usually involved a line shaft with a series of timing pulleys and gears, cams, and clutches. Variable speed was achieved with change gears and various variable pitch devices using balls, chains, and belts. A printing press, packaging machine, paper converter, and even machine tools would have a bill of material that included up to 2,000 different mechanical PT components. Today, advances in technology, especially in electronic motor drives and logic controllers, have reduced the number of PT parts by a factor of 10.

In 1921, when CBT started in business, most plants had one motor that would supply power to several machines through leather belts driven off a line shaft mounted to the ceiling. CBT provided the leather belts. Variable speed was achieved by moving the belts up and down step pulleys.

As years passed, motor technology improved, and most machines had their own motor(s), but the line shaft was moved from the plant ceiling down into the machine. Variable speed was achieved with the previously mentioned mechanical devices or by evolving DC motors and drives. Belts and gears drove various machine features from the line shafts, keeping in time with phase shifters, and were disconnected when unused with clutches.

Giant leaps in processing power and size reduction of microchips and power transistors, along with powerful programming software, changed everything. Line shafts disappeared as motors became smaller, more powerful, and could be synchronized precisely. Machine features were then driven separately at any speed. In many cases, this allowed the machine to run more than one product with minor changes.

There has also been an incredible evolution in design tools over the past four decades. Complex machines were once drawn on paper in pencil, some as large as 6 feet high by 30 feet long. These large paper drawings created challenges in the field. Many of us took drawing folding classes that enabled us to find a specific area of a drawing without making a mess with paper maps. Maybe you have never used a paper map? I consider this the forerunner of the Rubik’s Cube.

Of course, we had many technical tools such as rulers, slide rules, T-squares, compasses, protractors, various curves, and more. When you made a mistake, you either started over or erased your work.

One of the most significant innovations came with the invention of the electric eraser. Eventually, we used tools such as scientific calculators, computers, and CAD software. Today we have tools such as Rockwell Automation’s 3D Emulate, which allows you to design and test a machine before cutting metal or ordering parts.

Fortunately, CBT anticipated these changes in the industry. We adapted and led much of this evolution in our market. In 1987 we built a robotic system using a 3-axis stepper controller and a Commodore 64 computer. The robotic system included an upright egg crate containing the following:

Our team displayed this small system at trade shows and in-house CBT events. A customer would activate one of the sensors, signaling the robot to pick the corresponding candy bar, drop it on the conveyor, and then deliver it to the customer. Though simple, this system was very high-tech at the time and got us noticed by many customers and suppliers, including Allen Bradley. The robot ultimately led to CBT becoming a distributor for their variable speed drives and eventually receiving exclusive rights to sell their full line.

Growing With Our Customers

Twenty years ago, I was asked about my career goals. I guess it turns out they were to update all the machine technology I had worked on for the previous 25 years. I was born a PT and bearing guy, but have evolved to become proficient in many facets of machine design and maintenance, including power, motor control, logic controllers, PT, and bearings. And I am just one of the many specialists and experts to call CBT home. We have experts for every aspect of your business. Many of us are trained to understand your whole machine or process to provide end-to-end solutions and be your best business partner. 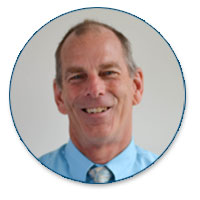 Ted was born and raised in Cincinnati beginning his Power Transmission career with Columbus Belting in 1975. Ted joined the CBT family in 1981. Throughout his career, he has had many titles, attended dozens of trainings for a wide array of product groups, and visited hundreds of customers, suppliers, and trade shows. Ted has always been great at listening to the customer and delivering solutions to the very best of his ability. When he isn’t learning all about PT, he enjoys outdoor activities including triathlons, golfing, backpacking, rock climbing, and spending time with his wife, kids, and grandkids.

We would love to hear from you. Please login to leave a comment!